Living on the Margins: Prawn Harvesters from Little Rann of Kutch (An Exploratory Study of Health Status) 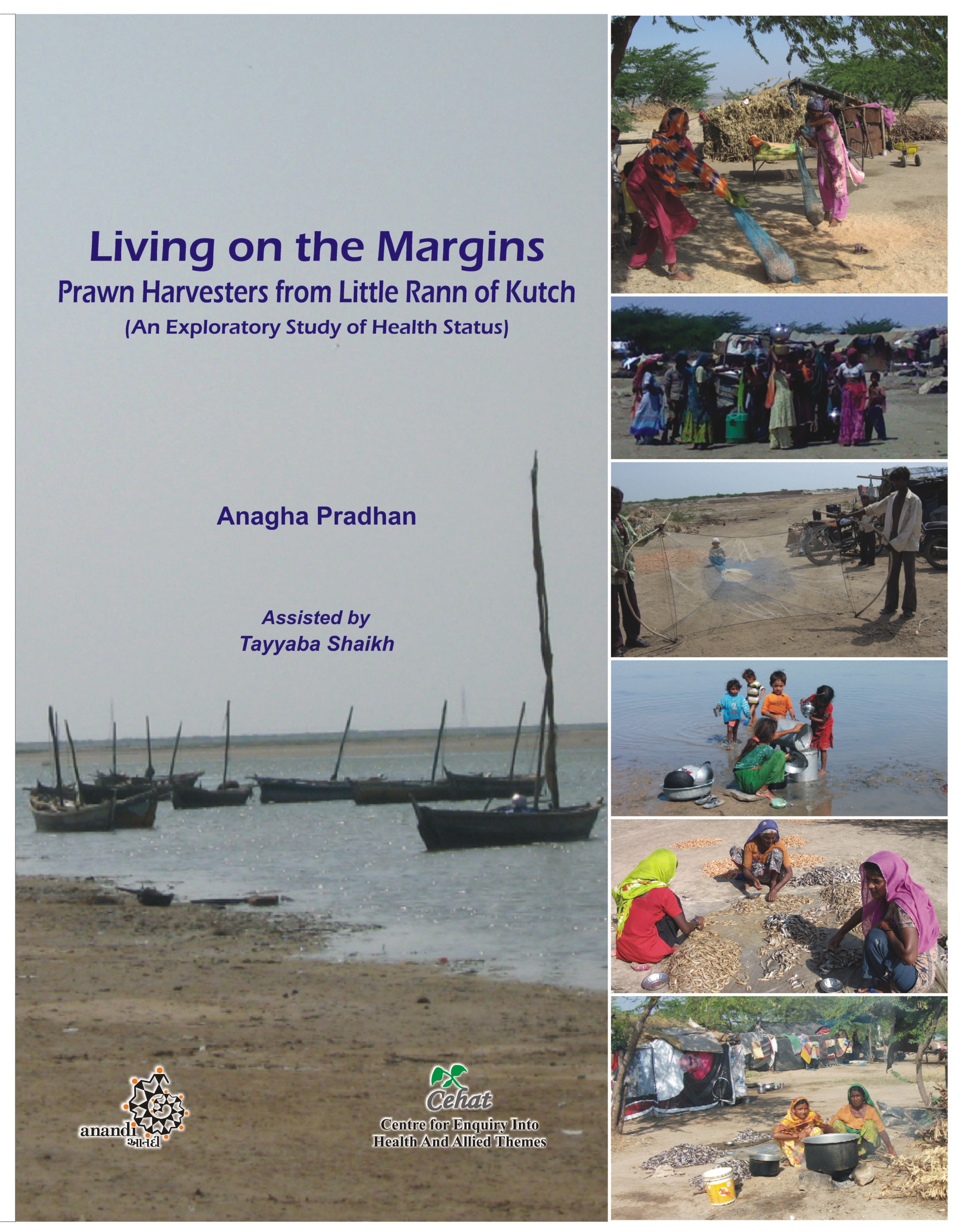 Prawn harvesters from the Little Rann of Kutch, Gujarat, largely members of the Miyana community, are seasonal migrants from along the coastal areas of Gujarat, who engage in monsoon fishery. Unlike the salt pan workers with whom they share the geographical area, the prawn harvesters remain to be a relatively poorly documented group.

The prawn harvester community's marginalisation was first noticed in 2001 when the local NGOs reached out to offer relief after the earthquake that shook Gujarat. Total absence of basic amenities and apathetic attitude of the public sector was apparent. Subsequent explorations in 2009 by ANANDI revealed very high morbidity especially among neonates and infants. However health needs of the population remained unexplored. The present exploratory study conducted by CEHAT in collaboration with ANANDI which has a strong presence among the prawn harvesters; is an attempt to document the socio-economic and health condition of the prawn harvesters at temporary settlements along the coast. Download full report