At Mumbai, April 9, 2010. The Fourth Lecture of the Krishna Raj Memorial was on Equity and Health-Care in the Era of Reforms.

The Fourth Lecture of the Krishna Raj Memorial was on Equity and Health-Care in the Era of Reforms. 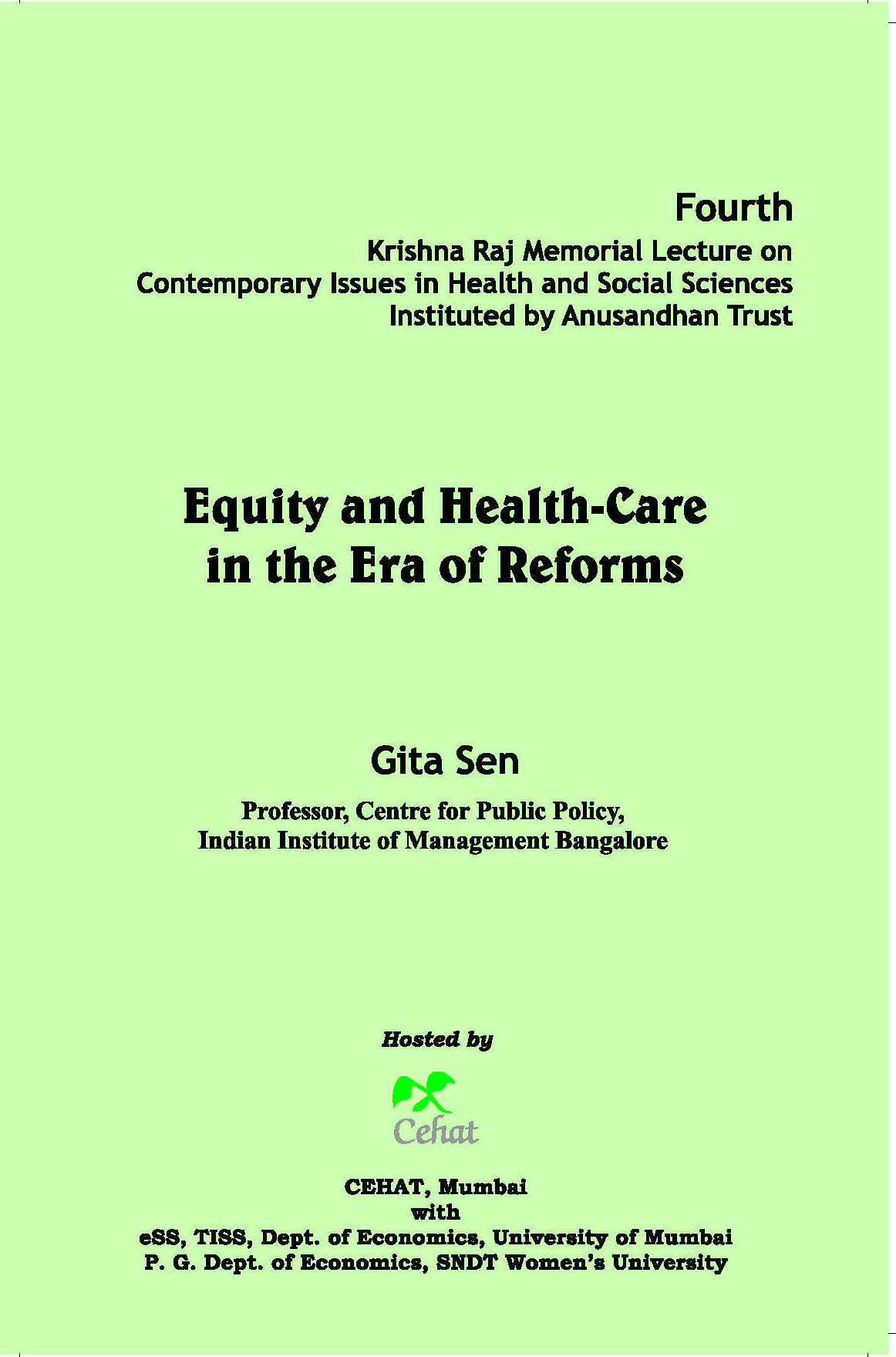 In the mid-1980s prior to the start of the economic reforms, India’s healthcare system was, as many scholars have pointed out, already highly inequitable. Over 70 per cent of the health expenditure was out-ofpocket; there were huge rural-urban differences in the availability of services; public services were poor in quality and uneven in reach, and there was a highly unregulated private sector. However, public hospitals even if of doubtful quality were available to the poor especially for inpatient care. Secondly there was significant drug price control although it had begun to erode for some years already with the controlled drugs list getting smaller and smaller. Two important policy shifts occurred with the period of economic reforms: one, the sharp reduction in the controlled drug list leading to significant increase in drug prices, and second, the introduction of two-tier services in public hospitals in an attempt to put more flexible funds in the hands of hospital administrators.

This paper looks at these and other changes through their impact on four different indicators: untreated morbidity, reasons for non-treatment, the shifting public and private mix, and distribution of care across different economic groups, and the cost of care. A class and gender analysis is undertaken going beneath the aggregate numbers using a simple gradient – gap methodology to capture the essence of health inequalities.

The analysis confirms that health inequalities have worsened both over time and cross-sectionally. The period of economic reforms seems to have sharply worsened access and cost of care for the poor. While gender differences continue to be extremely important, the poorest men have also been affected – a phenomenon of perverse catch-up that the paper documents.