Sangeeta Rege, coordinator of CEHAT provided a genesis to the efforts by CEHAT and DMER on integration of gender in medical education. The project had several components such as review of medical textbooks to identify gender biases in them, training of medical educators to enable them to develop a gender lens in health care. Post training medical educators and CEHAT jointly identified MBBS topics which needed to integrate gender aspects in them. The curriculum was pilot tested and results indicated a positive shift in KAP of medical students. Moreover, medical educators who taught gender integrated medical topics clearly stated that it was feasible and possible for them to teach these topics in the stipulated time . The next steps were getting the requisite permissions from board of studies and academic council of MUHS, which stated that such integration is useful and complements the MBBS curriculum. The purpose of the workshop was to orient participants to the gender integrated modules of five disciplines, namely psychiatry, community health, PSM, gynaecology, and FMT. The revised modules will be included in the medical curriculum from this year.

Dr. Pravin Shingare, director of DMER, inaugurated the workshop. Speaking of his initial apprehension towards the project, he emphasized that the gender bias in medical curriculum was glaring, and needed to be addressed. He gave the example of antenatal care was seen as a responsibility only of the woman. He also mentioned how families are reluctant to spend on the health of female infants as opposed to male ones. With the changes in ministry guidelines on responding to sexual violence and recognition of the third gender by the Supreme Court, a greater need was felt to update the MBBS curriculum. Hence this project was launched, initially with three medical colleges, and then expanded to more hospitals across Maharashtra. The next step would be to involve private hospitals, and inviting textbook writers to update the existing texts to identify gender disparities.

Dr Priya Prabhu introduced the participating doctors to the concepts of sex and gender in the first session. A popular misconception is that sex and gender are synonyms. She explained how sex is biological, but gender is a social construct which manifests in our behaviour, traits and characteristics. This translates into health and healthcare as well. She gave the example of blindness, which is more prevalent among women than men. This is not due to any biological factors, but due to the fact that men have more access to resources and treatment facilities than women. HIV Aids too, it is more prevalent among women. While women are more biologically prone to contracting the disease, there are other reasons such as fear of abandonment and stigma, access to protection, control of finances which results in women being more vulnerable.

The following session by Dr. Subhashree Balakrishnan was about understanding the impact of gender on public health. After a quick exercise to determine the inherent biases that everyone has regarding gender and certain activities or actions, she discussed how these stereotypes are pervasive and affect everyone. She explained how men and women are viewed as breadwinners and nurturers respectively, and are accorded differential access to resources and decision-making. This translates to differential access to healthcare facilities as well. An exercise on identifying gender concerns in specific diseases was carried out. Participants were asked to examine the case of malaria and analyse from a gender perspective. They had to determine the biological, social factors and the differential access or control of resources that could affect tackling the problem of malaria in a community. While pregnancy was the only biological factor, doctors cited differential spending on health for men and women, occupational habits, time taken in expressing grievance about symptoms as socio-cultural reasons. Men were found to have more access to finances, education, ability to commute to clinic, and so on, which resulted in them getting better access to healthcare.

In the session ‘Unpacking the conflation: MTP and PCPNDT’, Dr Srinivas Gadappa spoke about his personal experience as a GME trainer and educator. He showed the group changes that his hospital had made to create a safe environment for women which took into account their informed consent and need for privacy. He then spoke about the MTP and PCPNDT acts, which are conflated together and as a result affect women’s access to safe abortions. The participants were then asked to analyse case studies and determine the barriers to the woman accessing healthcare in each case.

On the second day, Dr. Gadappa began the session by speaking of sexual violence faced by women and children. There are many kinds of sexual violence: by a known person, by a stranger, human trafficking etc. He explained that abuse and violence has serious health consequences such as anaemia, depression, anxiety, low birth weight etc. He emphasized that the doctor should provide psychological first-aid to the survivor. Determining whether rape has occurred is for the court to decide, not doctors. Physical signs of injury are not always present. Providing emotional and medical support is the primary duty of a doctor. Doctors are at a position where they can take the woman’s consent and privacy into account. The police cannot force doctors to take proof such as vaginal swabs if the woman is unwilling. This was followed by a group activity where the participants had to analyse case studies and determine the kinds of violence the woman was facing e.g. physical, psychological, financial, etc. Participants were able to accurately identify the kinds of violence faced by the woman, and also state what HCPs can do in such cases.

The second session of Day 2 was conducted by Dr. Ravi Vaswani, who spoke about ethical issues of the practice of medicine. He said that human dignity is of utmost importance, and doctors must follow the mantra of autonomy, beneficence and non-maleficence while treating patients. He also explained the concept of ‘paternalism’ where doctors feel the need to enforce social norms which go against the well-being or willingness of the patient. This is especially important because it puts vulnerable groups such as women and sexual minorities at a major disadvantage.

The doctors were then divided into five groups according to their expertise: community health, medicine, gynaecology, psychiatry, and forensics and toxicology. They were handed out the GME modules. Based on the teachings of the previous sessions and the information in the modules, they had to make a presentation on how they would include gender in teaching medical students. The groups’ presentations showed great awareness about the specific issues faced by women, children, victims of abuse, sexual minorities, and financially underprivileged individuals. After understanding all the psycho-social consequences of gender, participating doctors demonstrated that they were able to adopt an intersectional and holistic approach to providing healthcare, and also to inculcating these practices among their students who would be future doctors. 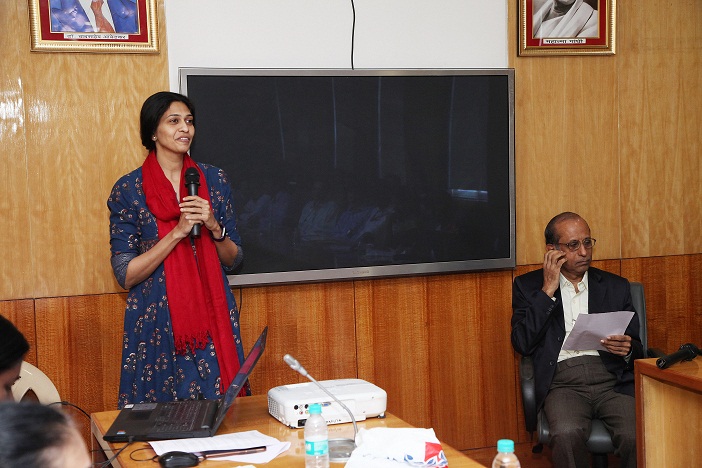 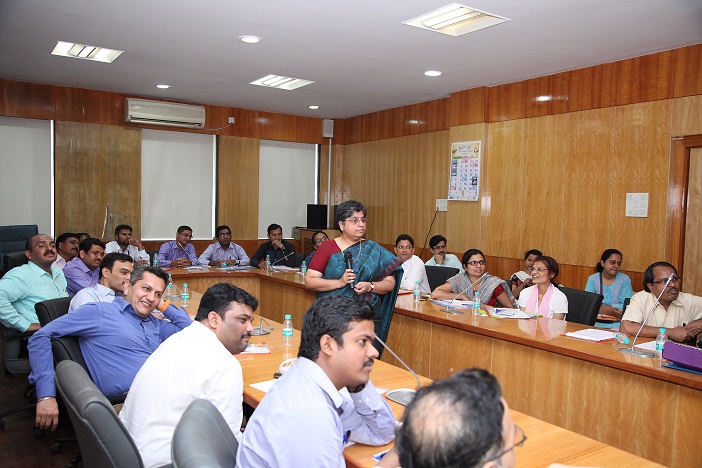 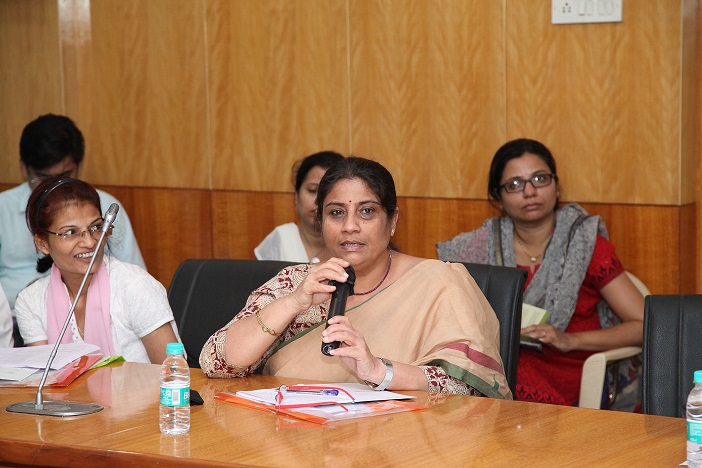 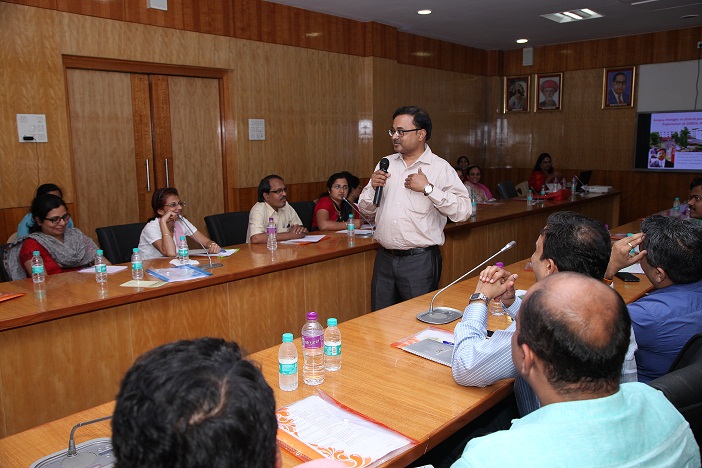 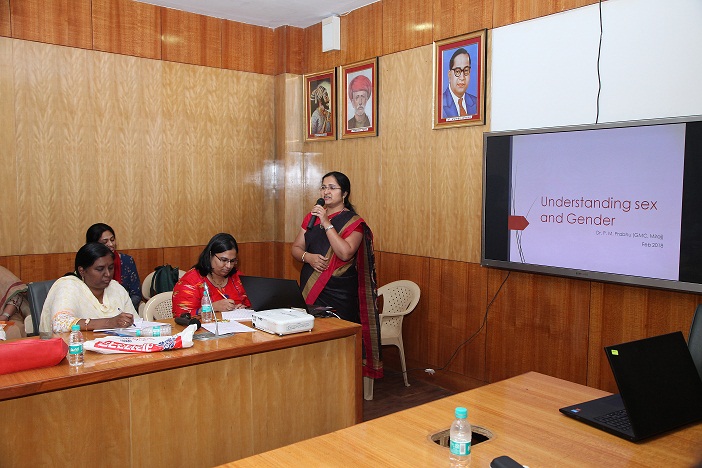 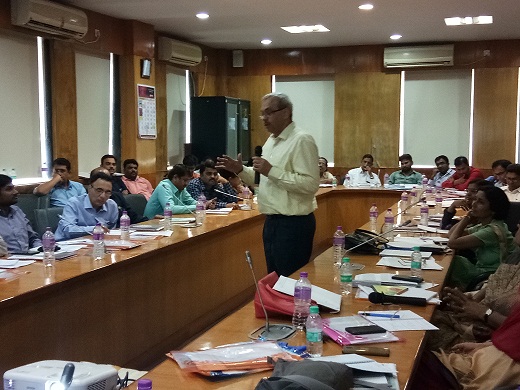