Responding to domestic violence for improving maternal health outcomes: An evaluation of a counselling intervention for pregnant women in Mumbai 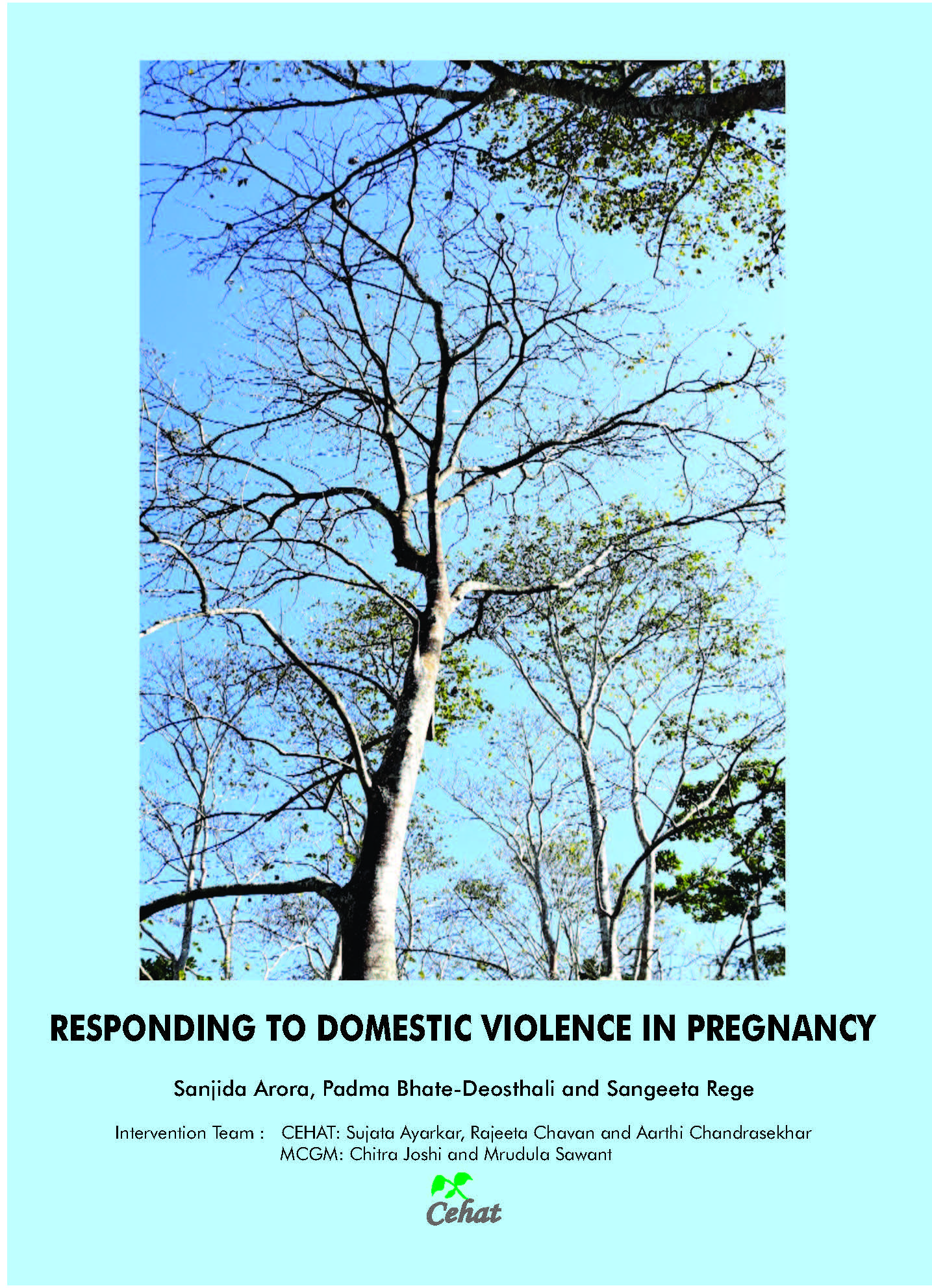 There are large number of studies on understanding the link between violence during pregnancy and maternal morbidity, mortality & poor pregnancy outcomes. Despite this,  India’ efforts towards reduction of maternal mortality have not addressed the problem of domestic violence during pregnancy. The studies conducted around the globe have stressed that if health inequities have to be addressed comprehensively, there is a need to intervene with the pregnant women facing in a healthcare setting. The present study yields valuable information on the feasibility and efficacy of a counselling intervention in ANC setting. The study used a pre and post test design in which the same group of pregnant women was followed. It was carried out in two public hospitals in Mumbai. The pregnant women were screened for violence and were given counselling. The prevalence of violence during pregnancy (16.1 %) was found to be comparable to various obstetric complications that are routinely screened during ANC. Suicidal ideation during pregnancy was reported by about 29% of women. It has implication for maternal health reporting in India, which doesn’t include deaths of pregnant women due to suicide and homicide. A significant proportion of women (51%, 95% CI) took an action at individual level while 58% (95% CI) of women sought help from informal and formal support systems after intervention. The results of the study indicate positive impacts of intervention on coping and safety behavior of women. The findings suggests a routine enquiry of DV by HCPs during antenatal care. The health system provides the first opportunity for intervention  and likely to be the only point of contact of women with health setting in developing countries.