The Second Lecture of the Krishna Raj Memorial was on Making and Un-making Poverty: Social science, Social Programmes, and Poverty Reduction in India and Elsewhere. 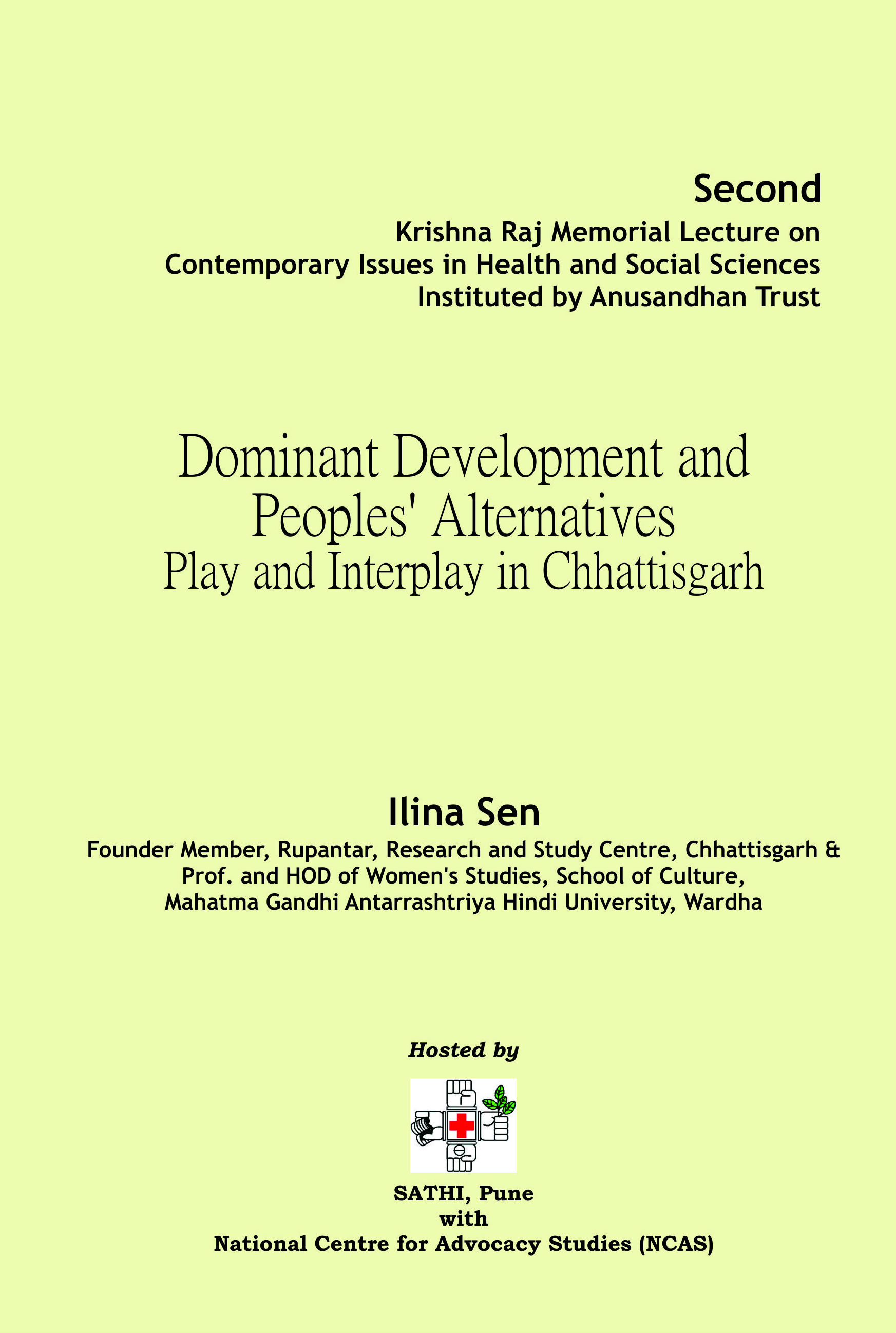 The birth of several new states in the late years of the last century and early 21st heralded for many an opportunity to put in place a different vision of development that was people centric and integrated regional traditions and sustainable, culturally and socially appropriate practices. Instead, the birth of Chhattisgarh, a state covering a mineral rich region has launched a serious discourse on the relevance of dominant development practices in a globalising environment. Not only is the development flawed but it has come at the cost of several freedoms and a sustained attempt by the state to brutally suppress even efforts at rendering desperately needed welfare and health services to the poorest of the poor left out of the dominant policies and programmes of the state.
The development path in Chhattisgarh not only spells disaster for the state, but also flags the dangerous path that may be opening up in the rest of the country in coming times. It is this debate that the ongoing development process in Chhatisgarh showcases. This text of Ilina Sen’s presentation, the Second Anusandhan Trust’s Krishna Raj Memorial Lecture on Contemporary Issues in Health and Social Sciences, is a lucid account of the contradictions setting in Chhatisgarh and its deleterious challenge to democracy in the rest of the country.
Download Full Report