CEHAT was one of the ten awardees to have received a Grant award from “SVRI World Bank Group Development Marketplace for Innovation on Gender-Based Violence Prevention and Response”. World Bank received over 260 proposals from all regions of the world. A rigorous selection process involving several rounds of reviews conducted by world-renowned experts in the field of gender-based violence (GBV) narrowed the proposals to a small group of 10 winners. The award ceremony was held on 8th April 2019 hosted by the World Bank Group President Jim Yong Kim.

The grant award to CEHAT will seek to generate evidence on the enablers for scaling up the Dilaasa model [1] in the public health system of Mumbai, India. It will help to identify the strategies that played a role in scaling up of Dilaasa model in 11 peripheral hospitals. This is an important study in the context of Low middle-income countries (LMICs) where evidence on scaling up and sustenance are few and far.

The award video can be seen below! 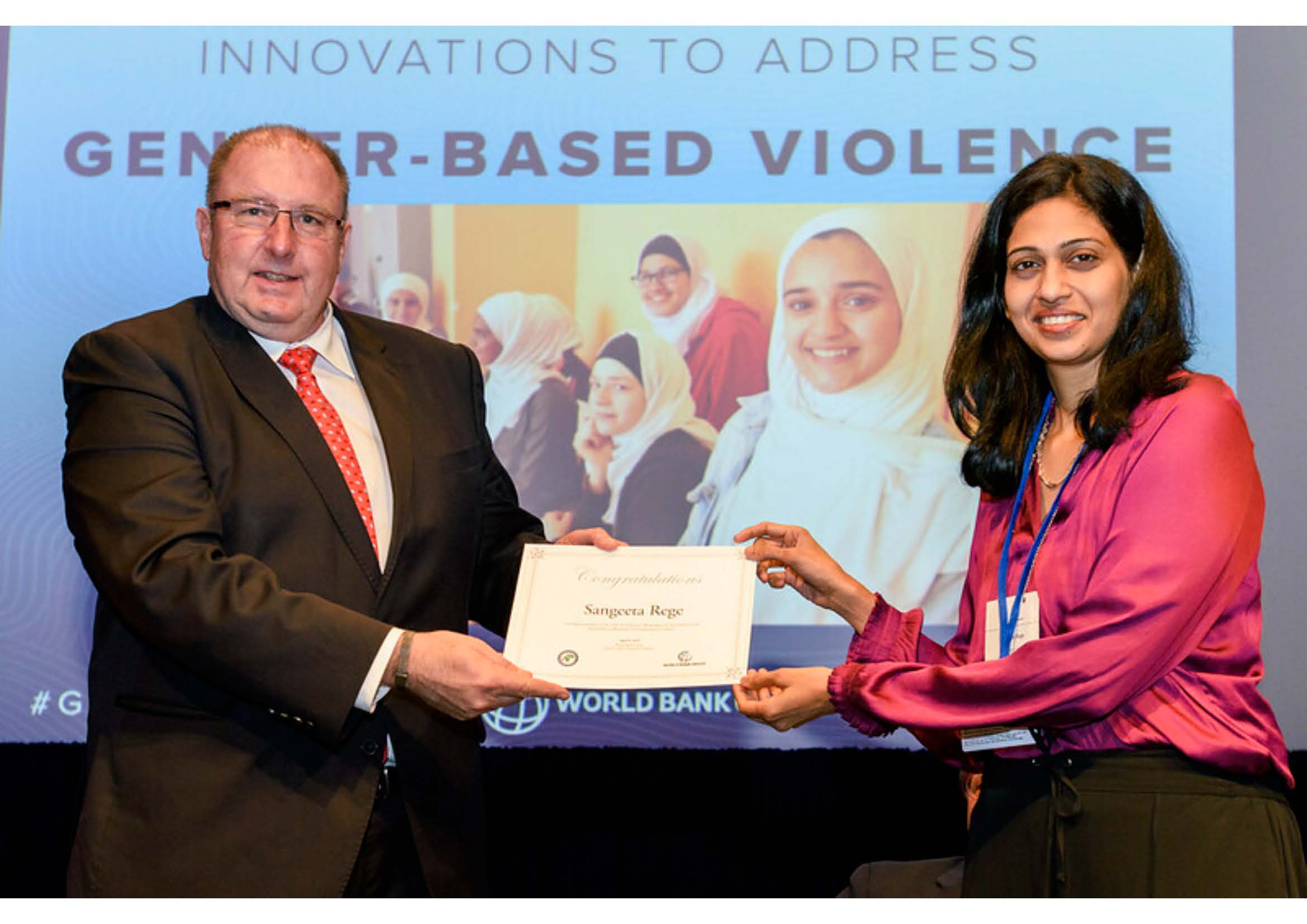