At Mumbai, February 27, 2015. The Seventh Lecture of the Krishna Raj Memorial was on Rethinking Population Education: Challenging the Gender and Structural Violence of Prevailing Norms .

The Seventh Lecture of the Krishna Raj Memorial was on Rethinking Population Education: Challenging the Gender and Structural Violence of Prevailing Norms . 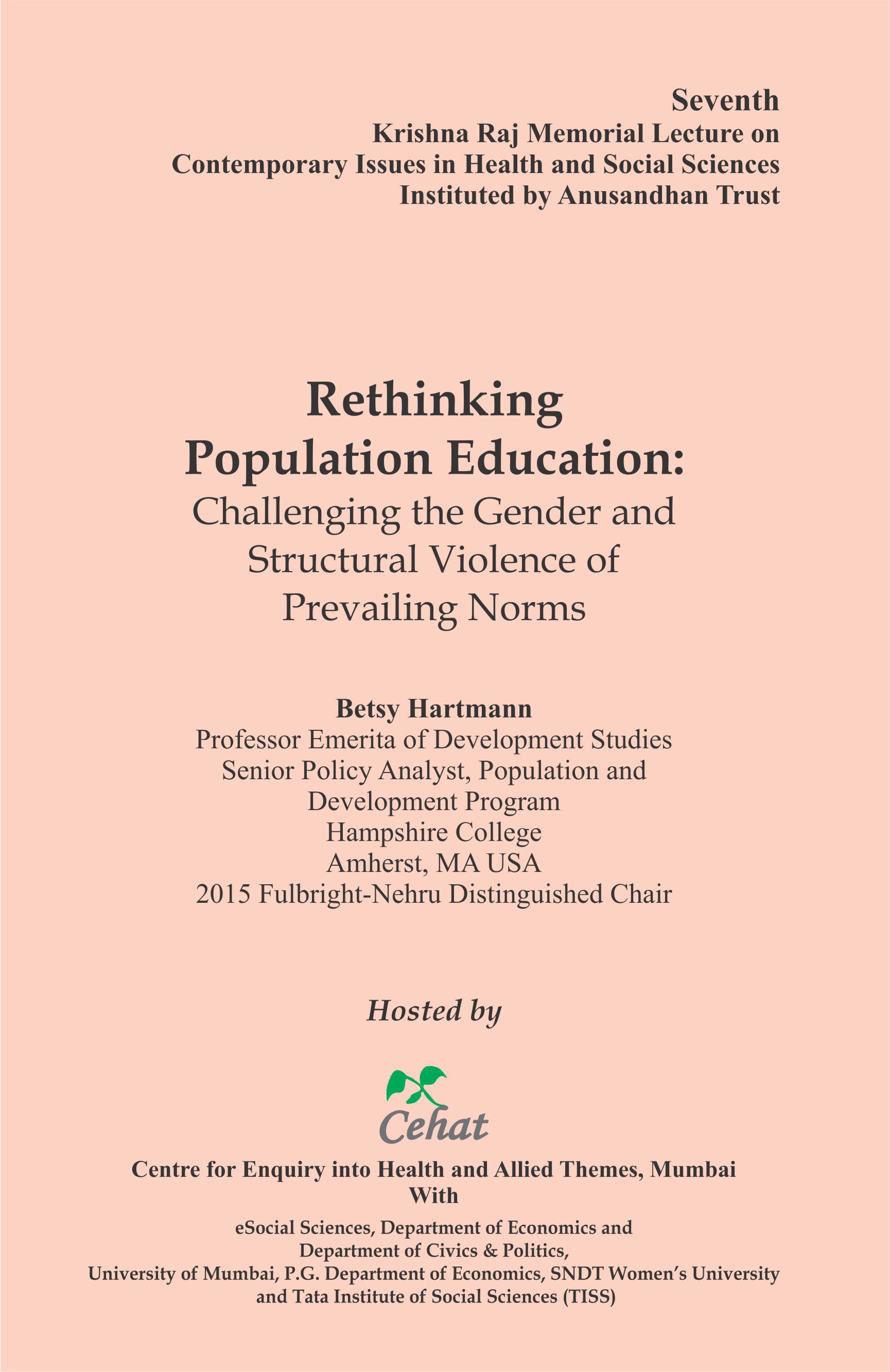 The way population issues are taught in schools, colleges and universities can have a profound impact on the development of students’ worldviews, particularly regarding the root causes of poverty, malnutrition, ill health, and environmental degradation. In the United States as well as India, surveys of textbooks reveal extreme bias against poor people and poor women in particular, blaming their reproduction for a long catalogue of social and environmental problems. Limiting fertility is then put forward as the solution. Left unexamined are powerful structures of economic, political and gender inequality. In the case of medical education, such biases shape clinical practices that view women’s bodies as objects that must be controlled, distorting, among other things, the delivery of family planning and other reproductive and sexual health services. Gender violence is often the result, as in the recent sterilization tragedy in Chattissgarh. Neo-Malthusian understandings of population also legitimize other punitive measures such as the two-child norm, contributing to structural violence in food distribution, employment and electoral schemes as well as skewed sex ratios. This lecture will address ways educators, researchers, activists and policy advocates can intervene in the process of population education to challenge neo-Malthusian views and promote justice-centered approaches to improving women’s health and reducing inequality.